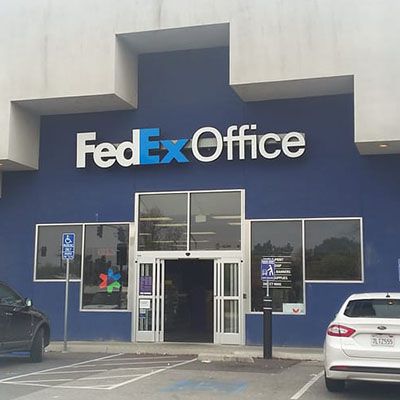 Fedex, one of the premier postal companies in America wants to improve the speed and satisfaction of their services. To do so, they’re hosting an official Fedex survey called Fedex We Listen. After you take the survey on fedex.com/welisten you’ll be rewarded with a 10% off coupon! 😀

As mentioned a bit earlier, the Fedex WeListen survey is an initiative put together by the customer satisfaction team at Fedex. They want to hear about all the experiences their customers are having (both good and bad ones) so they can hopefully improve their customer’s satisfaction the next time they come in. To reward all the survey takers, they’re giving away a 10% off coupon on your next print order 🙂

I’ve got some great news for you! There are no rules. Unlike a few of the other surveys where companies are giving away thousands of dollars to survey takers, FedEx has kept it simple and is letting everyone and anyone to take the survey and get rewarded with a 10% off coupon.

There are a few rules for the coupon though:

So you want to take FedEx’s survey? Wonderful! And I’ve got some even more awesome news for you – you don’t need any long survey codes to get started. You will however, need one of the following pieces of information:

Once you’ve got the information ready, follow these instructions to complete the survey:

Here’s a screenshot of what the survey looks like:

Being an international delivery company it’s likely that people are either going to love ya or hate ya (which is why they want to know about if in their WeListen survey). Regardless of the above, you’ve likely received a FedEx delivery at some point or another in your life. So how long have they been around? What’s their story?

The company was founded in 1971 in the town of little rock, Arkansas. It was the brainchild of Yale university student Fred Smith who did a paper for his economics class, which sounds super complicated but, put simply, kinda argued the importance of time is money etc. and that the logistics industry needed to step up as people weren’t getting their packages quick enough due to gaps in the current services offered.

By 1973, Fred had moved his company to Memphis, TN and had 14 planes that delivered packages to 25 states. They prided themselves on the fact they had “550mph delivery trucks” (aka, the planes).

In ’77, some laws changes regarding where cargo planes could fly, and so FedEx purchased some big aircraft (727s) which began their rapid growth.

In the early 80s, they introduced their famous overnight letter service and began their international services to Canada. They even opened their first main hub right by Memphis airport and embraced all the tech they could, using PC based shipping systems and even introducing their tracking service.

In the mid-nineties they launched their website which allowed customers to track their packages and set up parcel pickup online. They opened a hub in Asia and in 1998 they launched FDX Corp (later becoming FedEx Corporation) which is the company that is made up of Federal Express, RPS, LTL, Viking Freight, Caliber Logistics and Robert’s Express.

In the early ’00s, they teamed up with the USPS to help them reach customers in more rural areas of the states. In ’08 they added some Boeing 757 aircraft to their fleet and by 2010 they were even launching all-electric delivery trucks – they look pretty futuristic!

Hopefully, this will improve a few of the responses on their survey!

In the last couple of years, they bought TNT express, expanded FedEx Ground to a 6-day a week service and even launched their giving back program, FedEx Cares.

In the beginning, it’s no surprise they were really strapped for cash. I mean c’mon, airplanes are not cheap, and they were actually losing millions of bucks. So much so that one weekend, after being refused some capital from General Dynamics, Fred jumped on a plane to Vegas and won $27k on Blackjack just so he could pay the payroll for his staff that month – I don’t know whether I’m happy or mortified at that fact!

Every day, they have an empty plane flying from coast to coast just in case one of their planes break down, so customers can get their packages on time, it costs around $30k and that’s a solid commitment to delivery times!

One thing I noticed too, that friends didn’t, so I wanted to include on this, was that the logo has a little white arrow that is created between the E and the X on the logo. Have you ever noticed that?

Oh and we can’t forget FedEx Panda Express, yes, that’s right! That’s probably the most interesting and funny fact I found. Back in February 2018, the 200lb animal, a crew of 4 and two vets transported a panda from Washington DC to China!

Future of the Company

In a tech era, FedEx is wanting to transition into having driverless deliveries, which kinda sucks if you’re a driver for them, but kinda awesome that this is where technology is these days.

They even want to use drones to make commercial deliveries in the near future! I would like to see that!

Don’t want to take the FedEx WeListen survey but still want to leave your feedback? Check out their social media accounts:

Otherwise, you can send them a message directly through their website. Or, you can have a read of their FAQs here.