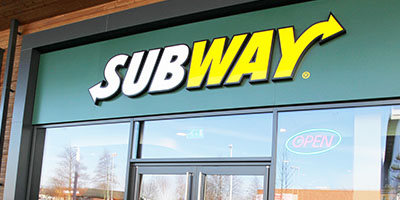 Subway is one of the UK’s most popular fast food restaurants. They’re healthy, quick, and great value subs are a massive hit throughout the country. But they’re always looking to improve. Which is why they’re offering customers a Free Subway Cookie for completing the SubwayListens UK feedback form.

Another company in the UK, one which rivals Subway in terms of popularity, is Aldi. Although they don’t have sandwich artists at the ready for you, they have a great range of groceries and homewares at their stores. However, they’re always looking to improve. So, if you’ve recently shopped at an Aldi store as well, why not take their survey and go into the running for a £100 Aldi Gift Card. Just head over to www.TellAldi.com and fill out the short survey they have for you.

When claiming your free cookie you also can only use one offer code per qualifying item(s).

Subway UK is looking for feedback from genuine customers only so you’ll need a receipt from within the past 5 days to qualify. You’ll need the following information from that receipt:

There are usually two types of receipt styles handed out by Subway in the UK. Here’s an example of both so you know where to find all the information:

After you’ve found all the information on the receipt, follow these instructions:

If you like, you can watch this video detailing the survey instructions further: 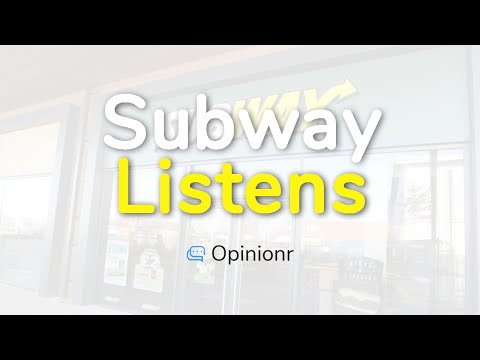 Some of the questions you’ll find asked by the team behind the survey for Subway include:

Here’s a screenshot from Subway Listens for the UK:

Subway was established in Connecticut, US, on August 28, 1965. Its name was derived from its core product, the submarine-like sandwich, or also known as a sub. Besides subs, Subway also offers wraps, salad, paninis, and baked goods. Today, it is the largest single-brand restaurant chain and the largest restaurant operator in the world with more than 42,400 restaurants in over 112 countries.

Many experts in the industry believe much of Subway’s growth, both in the UK and beyond, has been due to their ability to consistently adapt to the ever-changing needs of consumers. One method they’ve used to make this easier for them is to reward customers for their feedback on Subway surveys such as Subway Listens UK.

In the UK, Subway has taken one step further towards healthy living by reducing salt content across its entire range by 33%. This range of “Low Fat” subs is endorsed by the Heart Research UK.

Subway In The Community

Based on these pillars, Subway UK has brilliantly charted its direction by partnering with several charity bodies, such as Heart Research UK. The partnership includes funding ground-breaking medical research that benefits patients, as well as providing grants for innovative community-based lifestyle projects that help people live healthier, happier and longer lives.

If you appreciate Subway give back to the community, take the survey you see here today on www.SubwayListens.co.uk and let them know how you feel about their community efforts.

Apart from charity-based bodies, Subway UK also partnered with sports bodies, like National Football League (NFL). Through the partnership, NFL, which is the biggest sport in the US, will stage 4 games in London for the first time. Subway’s sponsorship also includes NFL Flag Football programme in schools and NFL Live fan events across the UK.

Based on Consumer Affairs Website, Subway has a rating of 3.5 out of 5 and 287 reviews submission. Some of the positive feedback mentions Subway as the perfect diet food, is hygienic, provides superior food handling service, offers fast service, and is presented nicely.

In addition to that, Subway recognises the value of consumer feedback by giving away a Free Cookie to all customers who head online and complete the short Subway Listens survey.

What The Future Holds For Subway UK

According to Subway UK boss, Peter Dowding, expansion plans are on the card – to open another 500 stores by 2020, as it seeks to cement its place as the UK’s largest High Street fast food chain. With this, 5,000 jobs are expected to be created in the future.

Besides, Subway UK is also looking at overhauling its breakfast and evening menus by incorporating healthier options, such as further reducing the salt content and offering more wholemeal sandwiches.

Want to speak to someone at Subway but don’t feel like taking the SubwayListens survey? Reach out to them on social media instead:

If that’s not for you, you can find a Subway near you by using their online store locator.

Completed Subway’s survey so many times you’re starting to get sick of the free cookies? Unlikely. But if that is the case, why not give some feedback to KFC instead and get 20% of your next KFC order. Simply head over to www.YourKFC.co.uk and take KFC UK’s survey.