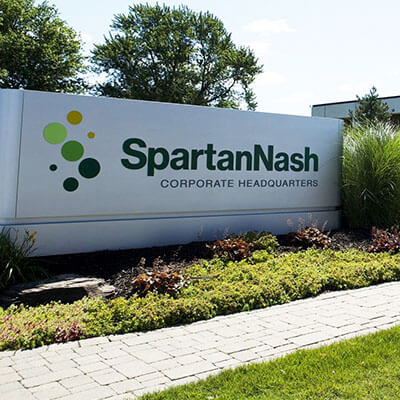 SpartanNash, the company behind leading grocery supermarkets such as Family Fare, Sun Mart, Forest Hills, Econo Foods, and many more, is hosting a survey! They want you to give them feedback on their official survey called MyGroceryFeedback 😀 In return – you could win a $100 Gift Card!

As good as their supermarkets already are, SpartanNash and all of it’s subsidiary grocery brands want to know how they can make your next shopping experience even better! But in order to do so – they want to hear about the experiences their customers are already having (that’s you!). So fill out the official feedback form on MyGroceryFeedback.com and let them know how you feel 🙂

There are a few rules you’ll need to follow if you want to make sure you eligible to receive the $100 Gift Card if you do end up winning. So follow these and you’ll be all good:

Good news! You only need a single piece of information from your receipt to start the survey:

Have the code ready? Fantastic! Follow these instructions to take the survey:

Here are some example questions you might be asked:

This is a screenshot of the survey:

Chances are if you’ve ever done some grocery shopping in the US, the food came from SpartanNash. They currently supply over 2,100 independent grocery stores in the US. That’s one huge number! They’ve been in business for an incredible 101 years and are also the largest food distributor for military stores and exchanges in the US.

SpartanNash currently has a presence in 44 states as well as Europe, Latin America, and the Middle East.

Back when it was founded in 1917, the company was known as the Grand Rapids Wholesale Grocery Company. They originally started as a retail cooperative, where over 100 supermarkets joined forces to purchase their produce in bulk and thus passing savings onto the customer.

They operated this business model for 40 years until they decided in the 70s that they would go full steam ahead and focus on becoming a for-profit organization. Following this decision, they rebranded to the name of Spartan Stores, in 1957.

Throughout the nineties, they periodically bought a bunch of different supermarket chains to further develop their US presence.

It wasn’t until 2013 that the SpartanNash that we know today was born. Spartan Stores merged with Nash Finch, an even older distribution company with its history dating back as far as 1885.

Today they are the main distributor for a whole bunch of retail chains including D&W Fresh Markets, Family Fare Supermarkets, and Glen’s. They’re also one of the primary suppliers to military commissaries around the US.

Staff members seem relatively happy with their jobs according to the reviews online and the CEO is pretty popular; 63% approve of him on Glassdoor and staff are happy with their company discount and their co-workers.

They’re consistently ranked in Fortune 500 and even received the Fortune 500 ‘World’s Most Admired Companies’ award back in 2013.

In 2016 and 2017 they were awarded bronze by the Michigan Veterans Affairs Agency which they then beat in 2018 with a silver award for being a ‘Veteran-Friendly employer’.

The women in the company have also been recognized as some of the ‘Top Women in Grocery’ by Progressive Grocer with 15 of their female associates being recognized in 2018. Now that’s some girl power right there!!

SpartanNash has a huge commitment to making a change in the local communities and there’s a crazy amount of content on their website about this. They even have a form on their site where local non-profits can apply for grants for events and fundraisers. Make sure to let them know what you think about their social responsibility on their MyGroceryFeedback survey!

They’re also huge advocates for ending hunger, donating over 5 million lbs. of food in 2017 to the less fortunate.

I think we can all take a leaf out of their book when it comes to their charitable endeavors and frankly, I would love to work for a company that encouraged me to give back so much.